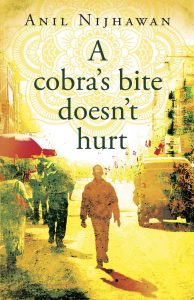 You are the Prime Minister of India, one of the largest democracies of the world. They say you know many famous people, like Xi Jinpi, Obama, Putin, Merkel and Trump. They invite you to their countries. Welcome you like a VIP.

When they come to India, you wear your best suit stitched by tailors in London and go to the airport to greet them with garland of flowers. I have heard you even gift them beautiful marble replicas of our Taj Mahal. Once I saw you in a big black car rushing to Kolkata airport for one such visit. I ran forward between two policemen and waved to you. But did you wave back? No. Another time I saw you on NDTV 9 o’clock news. You were giving a speech to thousands of people assembled in the maidan. They were listening to you as if it was the most important thing in their lives. I was very impressed. But my friend Sanju wasn’t. He said it was all a political tamasha organised with rent-a-crowd audience. Promise these people hundred rupees and cup of chai they will go anywhere, do anything for you. For two hundred rupees they will even start a riot.

You said many things that day which didn’t interest me. But when you started talking about children, I asked Sanju to turn up the volume. You were saying every child in India is like your own son or daughter; you will give them the education they deserve and help them achieve their ambitions in life. You went on to say children were the future of the country; no child should live in poverty, fear or ignorance.

That’s when I said to myself, Kalu you must write to Mr Modi, tell him all about yourself. If anyone knows about living in poverty, fear, ignorance, it is me. With due respects sir, however good your intentions, you will not succeed in this noble venture unless you look deeper into why there are so many abandoned children in this country. Do you know what happens to them once they are let loose to the world? I can tell you. Many end up living on pavements, railway stations or bus shelters. The lucky ones get thrown into orphanages, like the one I was in, until I was kidnapped by some gangsters at the age of fourteen.

I will tell you absolutely everything about me, including how often I go to the toilet and at what time. I hope you are not of delicate nature sir, not easily offended by violence and bad language. That’s because I am going to be brutally honest. Like you, I am a man who likes to speak his mind.

When I said I will write to you I didn’t mean literally. That’s because I cannot write, though I can read a little. I am going to dictate everything to a Sanyo voice-recording machine. About twenty years old, made in Japan, it still works like a dream. My friend Sanju has promised to type the story on his HP 250 laptop.

Sanju went to school in Dhule village, studied to class VI. He said he had to leave school when his father died of bhang overdose. And then the mother kicked him out saying she didn’t want a man in the house anymore. She said she had had enough of men; they are all lazy fuckers. She didn’t use that word exactly, but something similar in Marathi. You will never catch me use bad language. Well almost never. Once I did. That’s because someone had made me very angry and sad. Let me tell you about that.