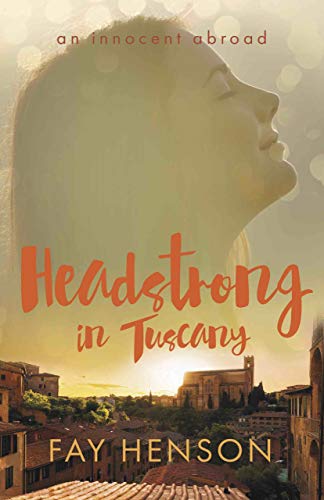 Fay Henson who lives in Italy is the author of several books including this title. I have not met Fay personally but we share the same publishing company. We arranged to read each others books for feedback and honest review.

The setting of her book is naturally in sunny Tuscany. Judging by the title I was expecting a mainstream romantic novel with a veritable melange of intense love, happiness, jealousy, heartache. Surprisingly this turned out to be nothing of the sort. Headstrong in Tuscany, a catchy title, revealed itself to be a light hearted holiday romance with a blend of adventure and travelogue. The main character is seventeen years old Caylin, independent and rebellious, like most teenagers, she prefers the company of people her own age. Mum, Dad and daughter set off on a package holiday to Tuscany. Within a day of arriving young Caylin takes off to a nearby historical city of Siena, without her parent’s consent. There she meets a few people of her own age, hoping to form friendships. But she is thwarted in her attempts when she is accused of theft by a couple who had given her a lift to the city. Twenty one year old Joe, in the party of holidaymakers, is sent by her parents to find Caylin. But Caylin doesn’t want to be found. It takes perseverance on the part of young Joe to turn Caylin around, who has his own reasons for wanting to be with her. In no time Caylin’s escapade, rocky and precarious, with a hospital visit to treat an infection, takes an unexpected twist. She falls in love with Joe. Fay Henson’s writing style is unpretentious and straightforward. I assume she wrote the novel with young adults in mind. I enjoyed reading it and did not want to stop once I had started.